Youth Voice Journal (YVJ) is an international, multidisciplinary, peer-reviewed journal that publishes theoretical contributions and empirical studies on international issues affecting young people. YVJ is published by IARS Publications, a member of COPE. YVJ is ranked and indexed by Scopus, ORCID, Kudos, Criminal Justice Abstracts, EBSCO Information Services and The European Reference Index for the Humanities and the Social Sciences (ERIH PLUS).

Carl Jung’s (1947) ‘collective unconscious’ and Joseph Campbell’s (1963) ‘mythographic discoveries’ examined the role of myth in our everyday lives.  Additionally, Dr. Viktor Frankl (1984) identified that the ability to make meaning out of suffering can assist a person, including young adults, with mental health concerns.  In this discussion paper it is argued that myth-based fantasy stories that describe the legendary ‘hero’s quest’ can play an important role in helping a young person to comprehend mental health suffering.  Through the literary trope of Young Adult (YA) fantasy fiction, mythical fantasy stories can aid in understanding during a process of inner reflection and cognitive reframing. As part of an emerging methodology entitled Story Image Therapy (SIT)®, narratives such as the katabatic tale of the hero’s sojourn journey (to the ‘underworld’ and return) provide a viable method for a young person to make meaning out of mental health distress.  The proposed method can also be used to deliver mental health information and strategies in a way that is fun, ever-expanding and open to individual, cultural and other interpretations.  Evidence to support the YA fiction method includes archetypal literary criticism and bibliotherapy models, as well as the youth’s ‘literary voices’ revealed through the popular mythical YA fantasy fictions:  Tolkien’s (1954-1955) The Lord of the Rings trilogy, Lewis’ (1950-1956) Narnia Chronicles, Rowling’s Harry Potter series (1997-2007) and Pullman’s (1995-2000) His Dark Materials trilogy.

Feature image taken by Flickr under Creative Commons Licence – the original can be accessed here.

To read the article in full please follow the link or see below.

View this document on Scribd

Youth Voice Journal is an international, multidisciplinary, refereed journal that publishes theoretical contributions and empirical studies on international issues affecting young people. In particular, the Journal aims to: - provide a medium, especially for young researchers and young academics, to inform debates around social policy through high quality research; - provide a platform for the intellectual exchange of ideas around the globe with the aim of influencing policies and practices; - actively encourage and aide those young people whose voice is rarely heard by policy makers to contribute to the journal. Youth Voice Journal is published by RJ4All Publications and edited by Dr. Theo Gavrielides.
View all posts by Youth Voice Journal →

One comment on “Toula Gordillo (2016) “To Build a Bridge: Myth and Legend to Reframe Mental Health in Young Adult Readers””

This entry was posted on August 18, 2016 by Youth Voice Journal in Uncategorized. 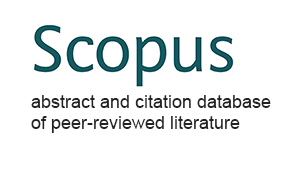